When you want to start your own movie-making business, you might be wondering: How do I make a movie? Here are some tips: Write a screenplay, create a storyboard, synchronize music and sound effects, plan locations, and more. Once you have the basics down, you can move on to more advanced steps. But before you get started, make sure to read the article’s other sections first to ensure that you’re on the right track.

The first step in writing a screenplay is to think of what you want to tell the audience. While most five-minute cartoons have a basic set-up, movies usually take several acts, and it is your job to tie those acts together. While you may think of plot twists and turns as the most important parts of the script, remember that the screenplay doesn’t have to be arranged in chronological order. The goal of the screenplay is to create a complete picture of what happens in each act of the story. 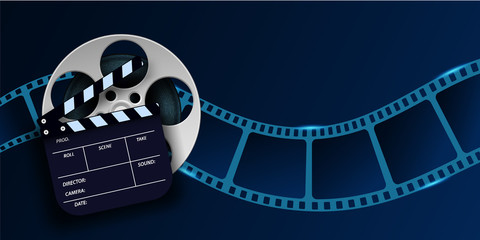 Once you’ve chosen the basic story idea, you’ll need to decide on the genre and cast. Next, determine how much time is required for each scene. Remember that dialogue and narration take up less space than description. It’s also helpful to have a synopsis of each scene. This is a helpful guide to help you decide which parts of the story to emphasize. The final step in writing a screenplay is to submit it to various studios and producers. Then, you’ll need to convince them to buy your script and make it into a movie.

When making a movie, it is helpful to create a storyboard for the different scenes you plan to include. The storyboard can include words to describe what is happening in each scene, as well as voiceover narration to give the story context. Ultimately, the storyboard is a tool to help you decide the direction of your movie and will help you determine the type of scenes to include in the finished film.

A storyboard can also be created on paper using photographs or images cut from magazines. Online storyboard tools allow you to select characters and text blocks, and record audio. When creating a storyboard, be sure to list specific details, including camera angles, movement, special effects, and audio. Make sure to include the exact details of the scene to give yourself a clearer idea of the overall story. Once you have a storyboard, bring it to filming so you can keep it as a reference as you shoot the scenes.

The storyboard will also provide the film crew with an idea of what you’re shooting. The film crew will be able to make changes based on the storyboard as you shoot. It will also help you get your budget in order. Regardless of your experience level as a director, storyboarding is a key step in the process of creating your movie. There are several advantages to creating a storyboard for your movie.
Sync sound effects and music

If you’re unsure about how to synchronize your music and sound effects, here are some examples. Asynchronous sound effects are background noises that don’t correlate with action in the scene. These sound effects add realism to the movie’s setting. For instance, when a woman is screaming on a scene, the train sound will give the viewer an idea of where she’s standing. Asynchronous sounds are also an effective way to create tension, suspense, and anticipation.
Plan locations for your movie

Filming locations should be carefully planned in advance to make sure everything goes smoothly. Once you’ve finished writing your script, you can begin to plan the shooting schedule. Before you go on the shoot, break down each scene into smaller parts and map out the locations that will be needed for each scene. This will allow you to better visualize and plan the shooting schedule. Listed below are some tips for planning locations. Before you start booking locations, make a character list for your cast and crew.

Planning locations is as important as casting. Movie locations are a major character and should be given as much importance as casting. Even if you are working on a small budget, you can find some great locations. You can contact local film commissions or networks for information on film locations in your area. You can also make use of location scouting websites to find perfect locations. These websites have a wealth of information to help you find the perfect location.

Before heading to a new location, scout it out to get a feel for the scenery. Bring a camera and a tape measure along. If possible, bring a few extra actors along with you to test blocking and lighting. Remember that reflected light is a great tool to light interior scenes. You can also use sun-tracking apps or software to make sure the sun is at the right angle.
Create a buzz for your movie

There are many ways to create a buzz for your movie, from press kits to social media. Weekender will feature articles on creating buzz, so you don’t have to worry about snagging some of the most coveted distribution deals. Weekender is a trend setter and leader, so you’ll want to keep up. By doing something different and unconventional, you can separate yourself from other filmmakers and ensure your movie will get noticed at film festivals and lands on the distributors’ radar.

The first thing you can do is create buzz. This is crucial for the success of your movie. It is essential if you hope to get your film noticed at film festivals and at the box office. Filmmakers who build buzz can sell their films to distributors and festivals – and shadier ones don’t want to risk cold property. Use these creative ideas to create a buzz for your movie! Don’t be afraid to get creative with your marketing plan, and you’ll be surprised at how much your movie will benefit from it!
Create a social media page

The first step in creating your social media presence is to decide what kind of personality you want your project to have. For example, a movie page might have a more upbeat personality than an informational one, and you should try to make your posts and handles as smart and feedback-friendly as possible. Keeping the same name across all platforms is also essential, and you can use the title of the movie as the handle. Alternatively, you could use the word “film” or “doc” instead. The key art should also be similar across platforms. If you’ve created a trailer, consider using a title treatment that’s as eye-catching as possible.

The easiest way to get started with your social media presence is by creating content on the topic that you’re passionate about. People are looking for information that’s not readily available, so why not deliver it in an entertaining way? You don’t have to spend a lot of money to create a movie – it’s all about content and engagement. Think of what your brand or product offers that no one else can.

One of the best ways to engage your fans and get them excited about your film is by creating a social media page for it. You should post updates on it from time to time, but you also want to create content that is actionable. You should also use your page for a blog, which will help generate traffic to your website. In your blog, you can provide information about your film, the cast, crew, and budget, among other things.