If you’ve ever wondered what makes a good script, then you have come to the right place. In this article, I’ll discuss common mistakes that a script might have, from Characters that don’t fit the storyline to Dialogue that isn’t original. I’ll also talk about capitalizing words and conflict. Hopefully these will help you improve your script and get your project in front of an audience.
Characters that don’t fit the storyline 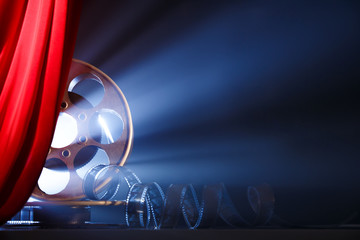 In a good script, characters should not be merely reactionary tools. They should have a personality, flaws, or both. This will create conflict and drama, entice the audience’s emotions, and showcase the character’s complexity. In a bad script, the protagonist may not have much personality at all. If you’re unsure how to create characters with deep psyches, read some scripts to get ideas.

Script writers often have trouble coming up with new and unique dialogue. Sometimes, dialogue may even feel overwritten. Dialogue can be helpful to a story if it’s used correctly. If the dialogue sounds like it’s coming from someone else’s mouth, then you might need to reconsider the point of view of your characters. The best way to do that is to read the dialogue from their point of view.
Conflict in a script

Most stories involve some form of conflict, and the best scripts are those that seamlessly blend the conflict into the story’s worldbuilding and story telling. It’s an essential tool for screenwriters because it drives the plot forward, develops character relationships, and provides a rich setting for exploring larger themes in a script. Listed below are four different ways to use conflict in a script. These strategies are effective for any kind of story.

Internal conflict may be the result of a character feeling forced to act on an impulse. Sometimes, a character may feel pressured to do something because of his or her status in society. While the guidelines for internal conflict may change over time, the general idea is to leave the actor’s reaction to their own judgment. Giving exact reaction tips to actors is directing on the page, and you will risk making mistakes. This type of conflict is more subtle and can work in many ways, but it can still make your script more interesting.

The most common method of generating conflict is to raise the stakes. When a character wants something, they have to confront an obstacle that is standing in the way of their fulfillment. When a character receives their desired outcome, it does not have enough tension to create a dramatic impact. When characters feel the need to face a difficult situation, they must decide between their desires and their goals. Adding conflict is essential for the development of characters.

External conflict can take many forms, including Man vs. society. In this scenario, the protagonist is struggling against a powerful social or religious force. Sometimes, this type is combined with internal conflict. When a character fights a monster, he must decide whether to sacrifice his own humanity or his own life. This type of conflict often leads to dramatic climaxes, and a character must accept himself or herself.
Properly capitalized words

When writing a screenplay, the first words of a character should be capitalized. You should also capitalize sound effects and scenes. Capitalization makes a script more dramatic and will appeal to readers. Scripts that use all caps should be used sparingly. Use it only for the first time a character enters the story, as well as for dramatic effect and to emphasize important words. Avoid using it too much in dialogue and sluglines.

Another way to capitalize words is to emphasize a noun. If your character sees a street sign, reads a newspaper headline, or sees a photo, capitalizing the word represents a closeup. Similarly, capitalized words in a script can be used as a title or an emphasized noun. In addition to titles, you can use capitalization to emphasize the time and place of a scene.